It was a proud moment for my family when I appeared on the front page of a national newspaper (local edition) in Kanpur after my convocation. 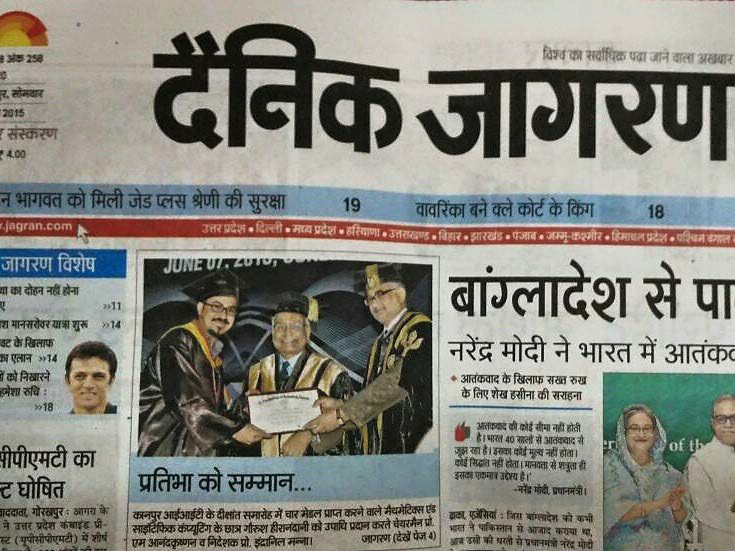 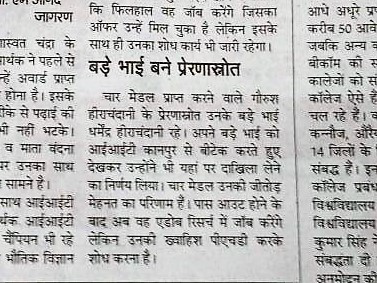 It reads, “Elder brother becomes inspirational source: The real inspiration for Gaurush Hiranandani, who won four medals during the convocation ceremony, was his brother. Seeing his brother pursuing M.Tech from IIT Kanpur, Gaurush decided to join the same place for his undergraduate studies. Four medals are results of his earnest hard work. Gaurush will join Adobe Research after graduation but he wishes to pursue a Ph.D. program in the future.”